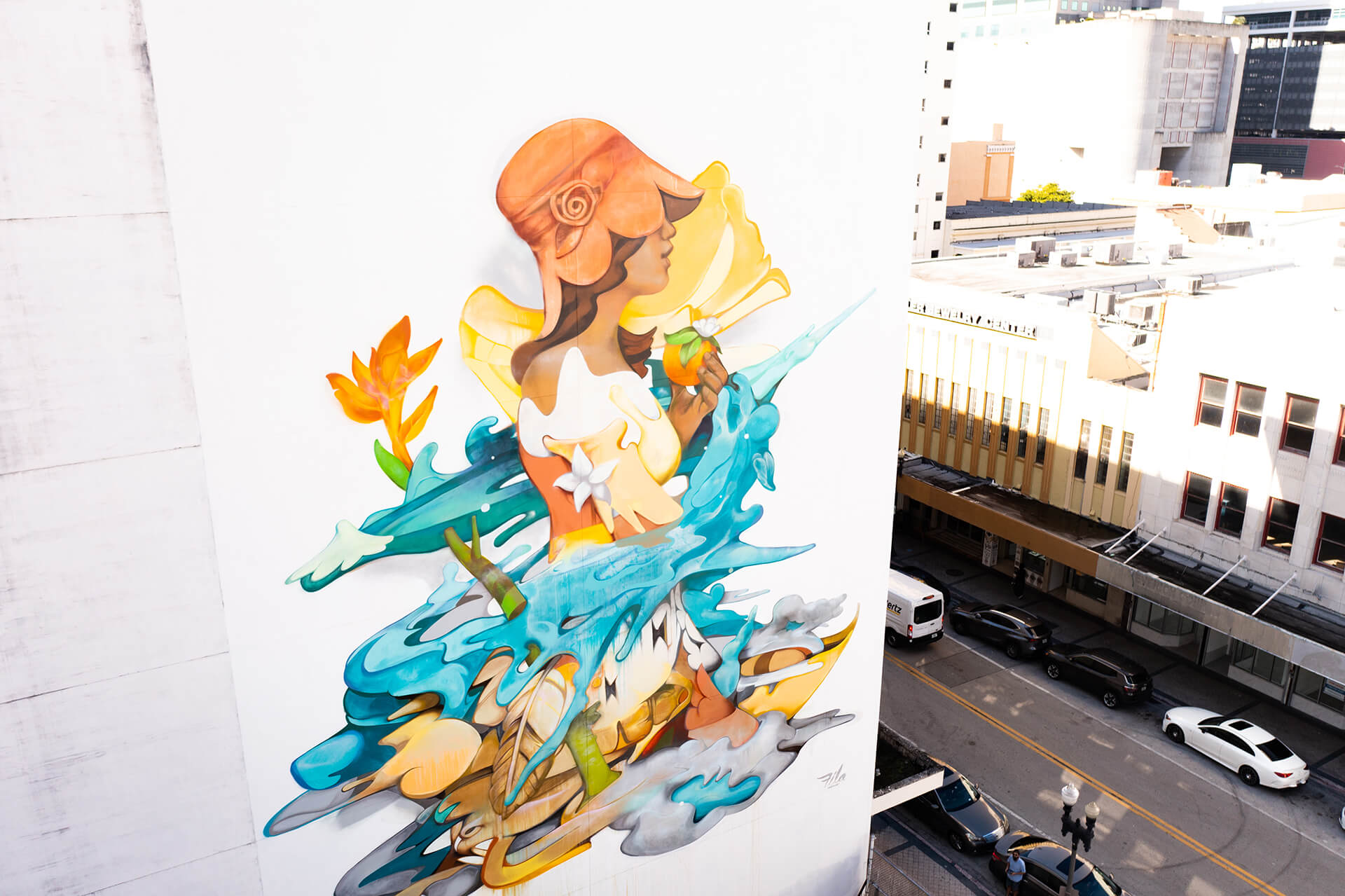 The festival incorporated over 500,000 square feet of walls where over 60 artists developed their murals.

As part of the 2021 Miami Art Week, Mana Public Arts presented the first-ever Miami Mural Festival. Over 60 incredibly talented muralists brought full-scale facades of dozens of buildings in Downtown Miami’s Flagler District and Wynwood to life with their signature creativity and artistic form.

Miami Mural Festival truly brought together self-expression, awareness, and artistry to the Magic City during a time that longed for normalcy after Art Basel and events of the like were put on hold due to the COVID-19 pandemic. Some murals represent the history of Miami, while others stand as an impactful message surrounding the topics of social injustice, climate change, environmental awareness, and feminism. Artists like Hec One Love, who has been bringing his Loveism movement to cities worldwide for over a decade, crafted his largest mural to date in Downtown Miami’s Flagler District. 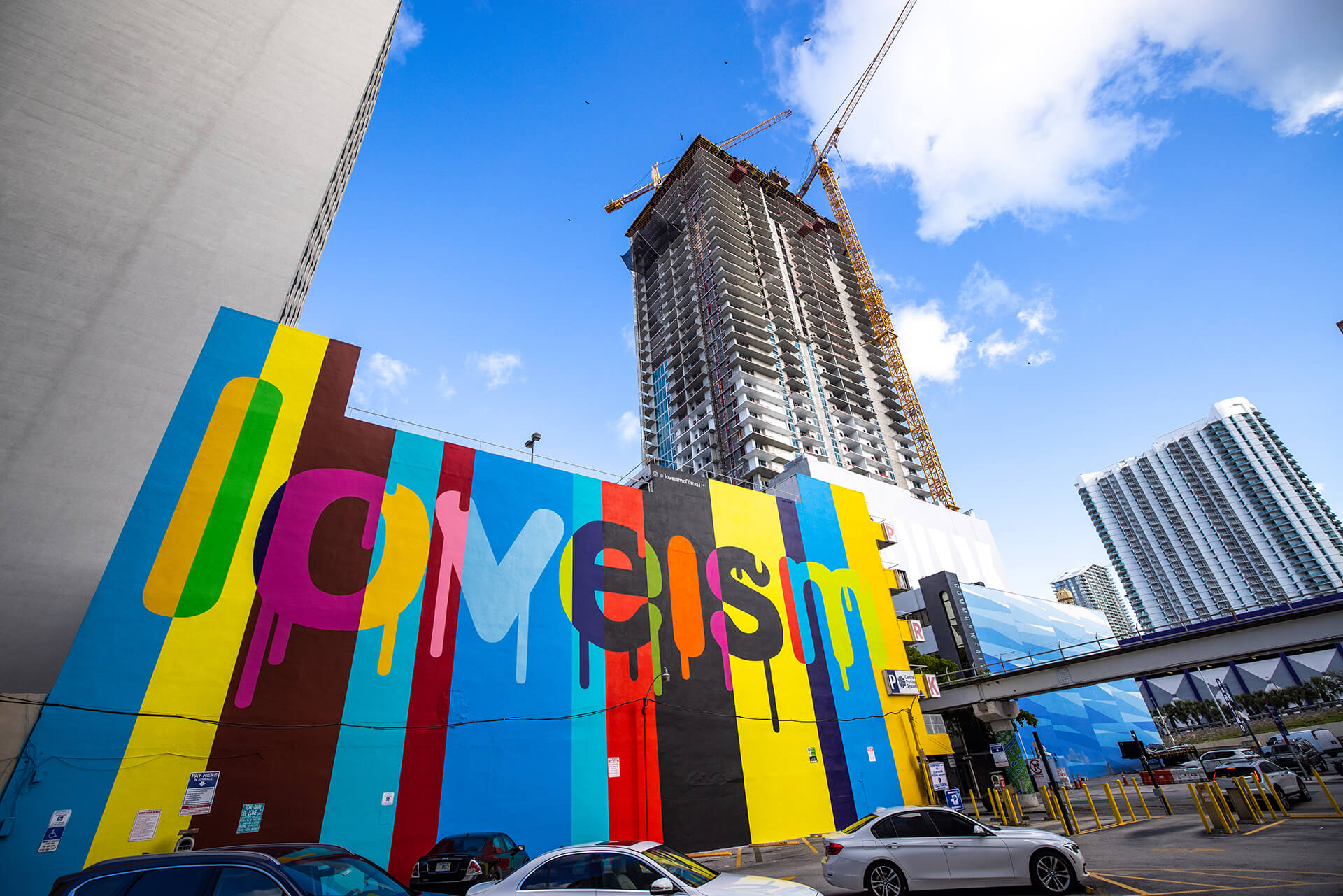 For a glimpse of the Miami Mural Festival experience, be sure to check out the official recap.

This Month at Mana Contemporary: January 2023

A Day in the Life of Wynwood

Spending your day in Miami’s iconic Arts and Entertainment District will be a breeze with this guide.